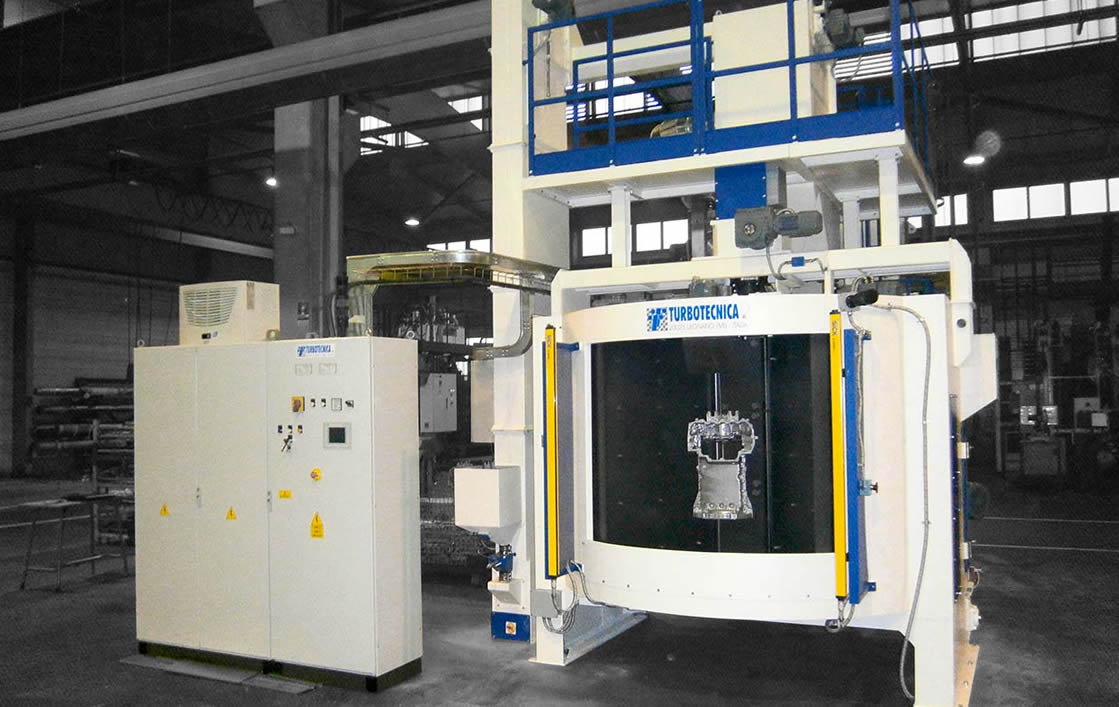 The TRV spinner hanger blast machines are particularly suitable for the surface treatment and deburring of aluminium parts, descaling of forgings and desanding of castings, especially when dealing with workpieces whose shape or size makes them ill suited to tumbling.

TRV spinner hanger shot blasting systems do not require any foundation and mainly comprise an enclosure housing the vertical rotary chamber, which is divided into two compartments: the sandblasting unit with blast wheels and the abrasive separation unit.

Each compartment features a rotating hook accommodating stands on which the parts to be cleaned are positioned. The machine’s unloading area is open, thus allowing for loading and unloading while parts are undergoing sandblasting in other compartments.

Every time the chamber indexes to its next position, the abrasive stream delivered by the blast wheels is stopped until the table has finished turning. The hook, which rotates continuously, ensures full blast coverage of the part so that there are no blast shadows the abrasive stream is unable to reach.

Paint removal, reconditioning, preparation prior to painting for metal parts.